As part of my M.S. curriculum I took the ECE5210 course offered every two years and taught by Dr. Agah. I found it very interesting and as the final project our team could pick either completing simulation and analysis of some MEMs-based device or designing and fabricating a paper-based MEMs device which we would present at the end of the semester. Our team decided to pick the later and this is what we came up with.

Our team decided to do a device that was based on capacitive sensing since it was straight forward and highly sensitive. Next we decided to try and design a device which could measure mass with a future objective of measuring it across a surface like the Dr. Scholls foot pressure sensors you see in Walmart. After doing some quick calculations we realized we needed a very high resolution capacitance measurement setup but at the time we didn’t have one available. So being the Electrical Engineer in our group of two Mechanical Engineers I decided to research some solutions and found that Analog Devices makes the AD7746 digital capacitance sensor with a 4fF resolution and that SparkFun made a breakout board for it. However, at the time of this project I didn’t have any form embedded programming stills and not to mention Arduino was just barely coming on the scene. So I had to teach myself how to program a PIC18F13K50 to communicate with the AD7746, analyze the data, and output it to a serial port where I would receive it through a LabVIEW program, decode the data, and display it in real-time. I got it working after a week but looking back, I did some really backward things that gave me a lot of headaches in the process. Below, you can see the breadboarded PIC and SparkFun breakout board along with the front panel of the LabVIEW program having received some data. 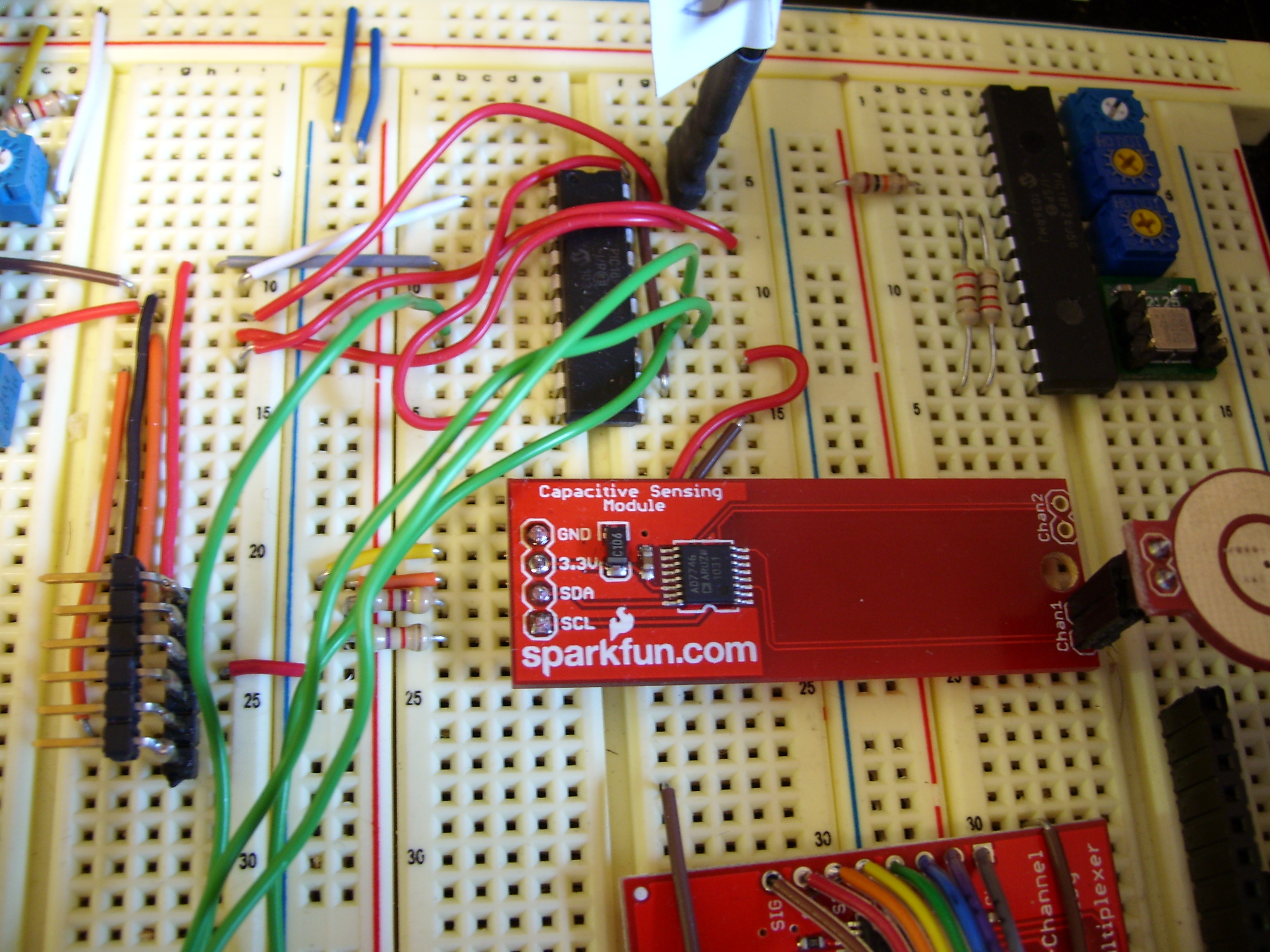 Next, we knew we wanted to have the width between our parallel plates be modulated by a weight so we came up with the designs below. We tried using a few types of paper, a nitrile glove, and foam along with two sheets of foil to create an elastically deformable sensor and depend on its ability to change the distance between the two pieces of foil and then spring back.

Although these ‘sensors’ worked, we didn’t feel like it captured the essence of MEMs so we went back to the drawing board and realized we could reconfigure the parallel plates with a cantilever design. From testing we found that we could vary the sensitivity of the sensor by changing the cantilever material or design. One of the team members did a finite element analysis to show how the stresses of bending propagated throughout the arm and another helped me fabricate the meandering cantilevers with an X-ACTO knife. Below is the finite element analysis and a picture of our final design. More information can be found in the Paper-based capacitive mass sensor publication. 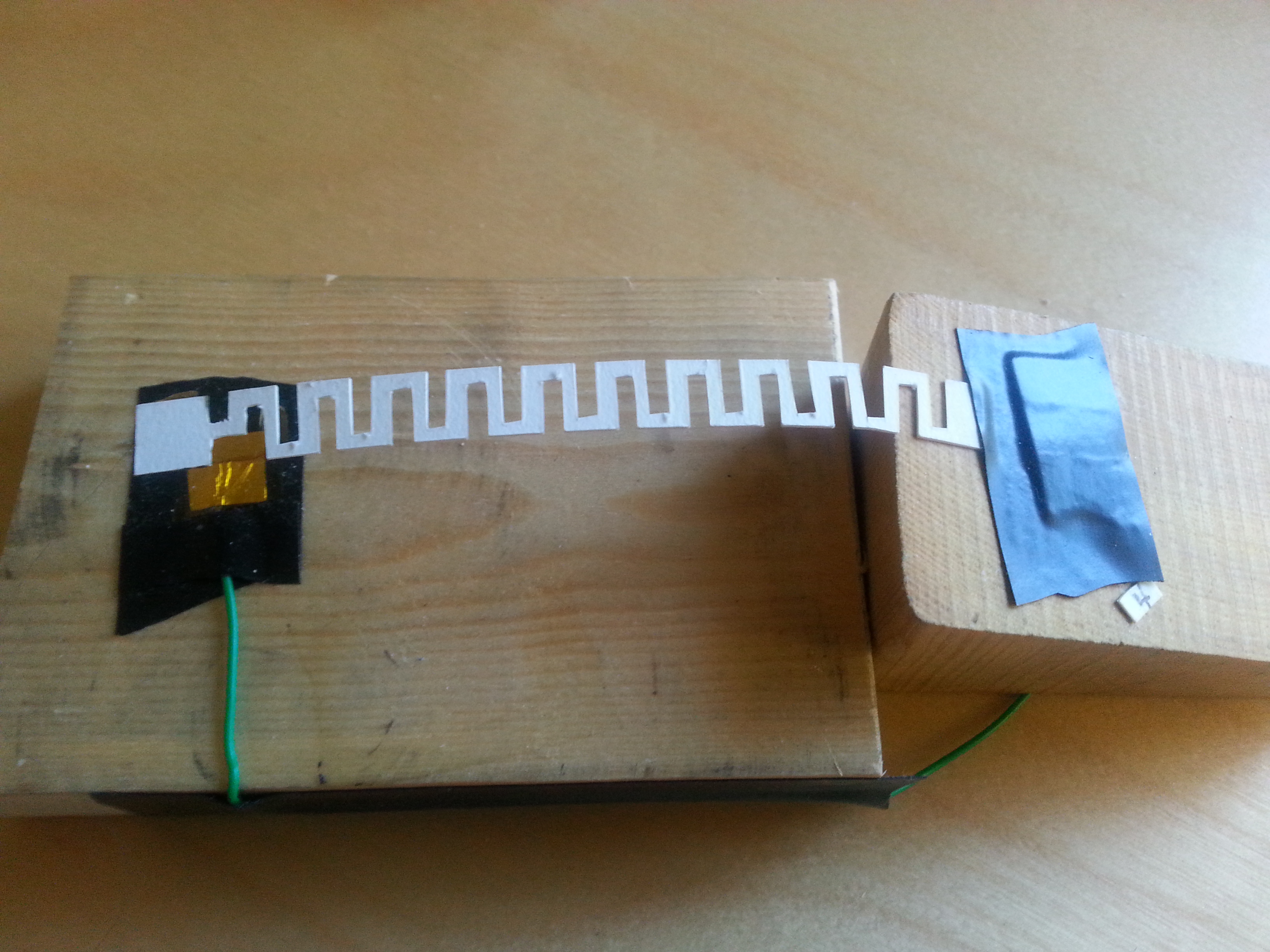